Diverse applications, around the world.

Snow Measurement Equipment and Tools Since 1985 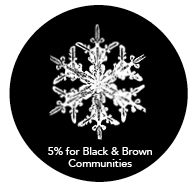 We are a small family owned business, and we acknowledge that our success in this industry is tied to the enslavement of Black people, and the genocide of Native people in this country. Below are some of the things we are learning and doing in response to the crisis of police brutality and racism in this country. We want to express our gratitude to creative educators on social media platforms who are creating and circulating resources to help us be better and do better.

To take a first step towards reparations for Black americans, 5% of annual profits will go to fund Black Lives Matter, bail funds, and educational resources for Black students. To see other ways snowmetrics is making a difference, see our Instagram and/or Facebook pages.

We use the tools we sell. Year in and year out.

We are a unique company in snow and ice measurements. We are primarily interested in snow education and snow science. Our roots come from the avalanche world where we began formal study in the 1970s. In the 1980s we became heavily involved in snow hydrology as well, with some work in glaciology.

We have developed and tested our equipment through decades of use that include tens of thousands of measurements. We have personally tested our tools in North America, South America, Europe and Asia. Other researchers have tested them in Africa,  Antarctica, and Greenland. No other company builds better equipment than the tools we manufacture ourselves. The equipment that we sell but don’t build ourselves, is tested the same way we test our own tools. We stand behind everything we sell.

Model numbers, colors and appearance may change for components not manufactured by snowmetrics without notice.  Substitutions or changes will always be made with equal or higher quality items.

This is very simple to do.  If you measure depth (D) in cm and SWE in mm, just change depth units to mm, and divide SWE by D.  This gives mean layer density.

Colleague Chris Heimstra reports! Chris does lots of interesting and important work in the cryosphere... END_OF_DOCUMENT_TOKEN_TO_BE_REPLACED

If you have questions about specific products or need to ask about equipment application, please use the contact form or give us a call.